Lieutenant General Manoj Pande is going to take over as the Chief of Army Staff from 30 April and he is the first officer of the Engineer Corps who will hold this position from 30 April 2022. He is the most senior officer in the Indian Army after Army Chief Naravane.

He currently holds the position of Vice Chief and is handling the Kolkata Best Head Quarter Eastern Command. He was commissioned into the Engineering Corps in 1982. During his career spanning 39 years, he has done many big things in which he has worked as Engineer Brigade in Western Theater, besides commanding infantry brigade near loc, leading the hill division in Ladakh. Now he will take over as the Chief of Army Staff of the Indian Army on 30 April 2022. 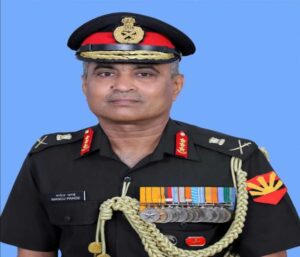